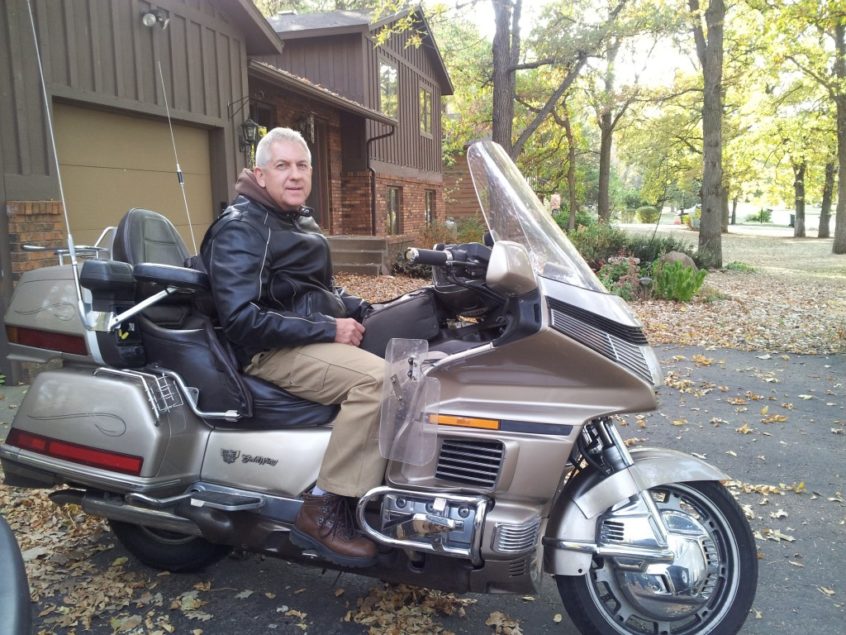 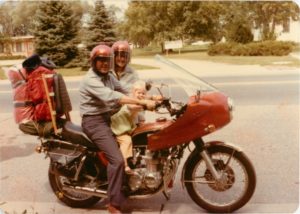 I don’t know about everyone else, but once a year in early January I write out my goals for life, for the coming year, sometimes many years. I like to see where I want to take my life and to make sure that should an opportunity arise, I don’t miss it because I didn’t recognize it.  I have done that a couple of times, so now I guard against it. At one time, a goal of mine was to be on TV. So when I was asked to take part in a commercial I didn’t hesitate, I said “YES”.  So now I can check that one off, I have been on TV.

My husband had a goal of owning a Honda Goldwing.  Every time we saw one he commented on it. Then while my mother was scanning her lifetime of photos we came across a picture of my grandparents on their motorcycle.  And I was reminded that you don’t live forever, if you don’t create action towards your goals, they don’t happen.

I have this great story about my grandparents and their Goldwing. When I was little my grandparents would ride their Honda Goldwing from the cities to our home in Coleraine and visit us. I would get to sit on the motorcycle and I thought they were the coolest grandparents ever.  They were old and they had motorcycles! “How do you know a happy motorcycler? By the bugs between his teeth.”  My grandpa taught me that joke and I told it to everyone for months, I thought it was so funny, (I was 4). Doris and Leon traveled the country for years on their Goldwing.  Fast-forward 25 years: I am visiting with my grandparents and I bring up the motorcycles and ask grandpa how he talked grandma into that. He peeks around his Sunday Morning Star & Tribune and laughs and smiles at me. He said, “People always think that’s how it went, that it was my idea. Ha! Doris read an article in the paper one day about a 50 year old lady that was getting into motorcycle riding and how great it was. So she talks me into taking classes with her and getting motorcycles. That was not my wild idea.” Grandma laughed and told me he was right.  It had been her idea all along, all the trips around the country, and why not. Her story about the classes and how hard it was to not fall over at first were great.  I am so thankful they shared that with me. 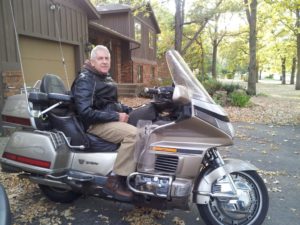 Anyway, back to my husband and his Goldwing. So I realized that this had been a goal of his and he was not getting any younger, why not see what it would take to make it happen?  A little bit of research later and it turns out his current bike is worth 80% of the cost of a used Goldwing. He shops, we save and now we have a Honda Goldwing in our garage, (only when he is not riding it, which is most of the time.) He is trying to figure out how to get all of his tools on it so he doesn’t have to take his work truck anymore. Keep trying Honey.

My point is, it is great to have goals.  But goals without action are just vapor. Put some verbs (a word or phrase that expresses action) by your goals and start to make them happen. My book isn’t writing itself, I had to ask people to help take action with me. Your stuff doesn’t just sort itself and go to donation when it knows you haven’t used it in three years. You have to take action. Be that traction in your life that makes things happen.

“You must have long term goals
to keep you from being frustrated
by short term failures.” – by Noble, Charles C

6 Comments on “Goals and Actions-Bugs Between Your Teeth”