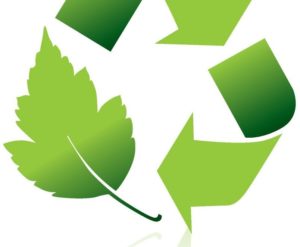 Ok, I’ll just come right out and ask: On a scale from 1 to 10, ten being not at all, how well do you adapt to change?  I used to be an 8, maybe 9 kind of person. Change scared the heck out of me.  I liked to be in control of what was going to happen and when. I had lists for everything. I didn’t want to forget anything. I didn’t want to inconvenience anyone and I always wanted to know what was going on. It was really darn stressful living like that.  It could be highly productive at times, but sometimes disastrous if things changed.  The engineering side of me fits well here. Now, I would like to think that I am more of a 5, headed to a 4 soon.

A couple of weeks ago I had an appointment with a client on the east side of town which I knew was near the hazardous waste recycling center. So, that morning I loaded the car (after I had made a detailed list, naturally) with my donations for the Epilepsy Foundation, magazines to drop off at the downtown library and the hazmat stuff in the garage, carefully stowing it to minimize any chance of spills. After the appointment I headed to the hazmat place to find that they have moved. They do have a little sign that tells you the address of the new location but a sign with a map would be most helpful. I looked at the clock and said, I have 12 minutes to make it to the far west side of town before 4pm, closing time. Thank goodness for my co-pilot who thinks to put the address in the nav system. We get there at 4, just as they are locking up, but the manager is so kind as to take my box of stuff. Now I am 20 minutes from the Epilepsy Foundation donation location. I don’t want to waste time and gas just to give my junk away and remembered that the Catholic Church has the Treasure Chest across from Mills Fleet, so I swing in there instead. Then I have my co-pilot look up the hours for the library branch at this end of town and they are open until 6pm. We cruise over there and drop off the magazines. In the end I accomplished my goal of dropping all of that stuff off and not taking up too much of my time to do so. I just had to readjust when change happened. Remember, most of the time things don’t go as planned.

Organizing and planning are very important to making things happen and doing that easily, but being able to adjust to the situations at hand is how you have fun getting to the goal.

Lots of times things turn out way better than you had planned by going with the flow. Plans are going to change, but if you know what the goal is and stay focused on it, not on the how we get there part, you will complete your goals, have less stress and have a great story to share.