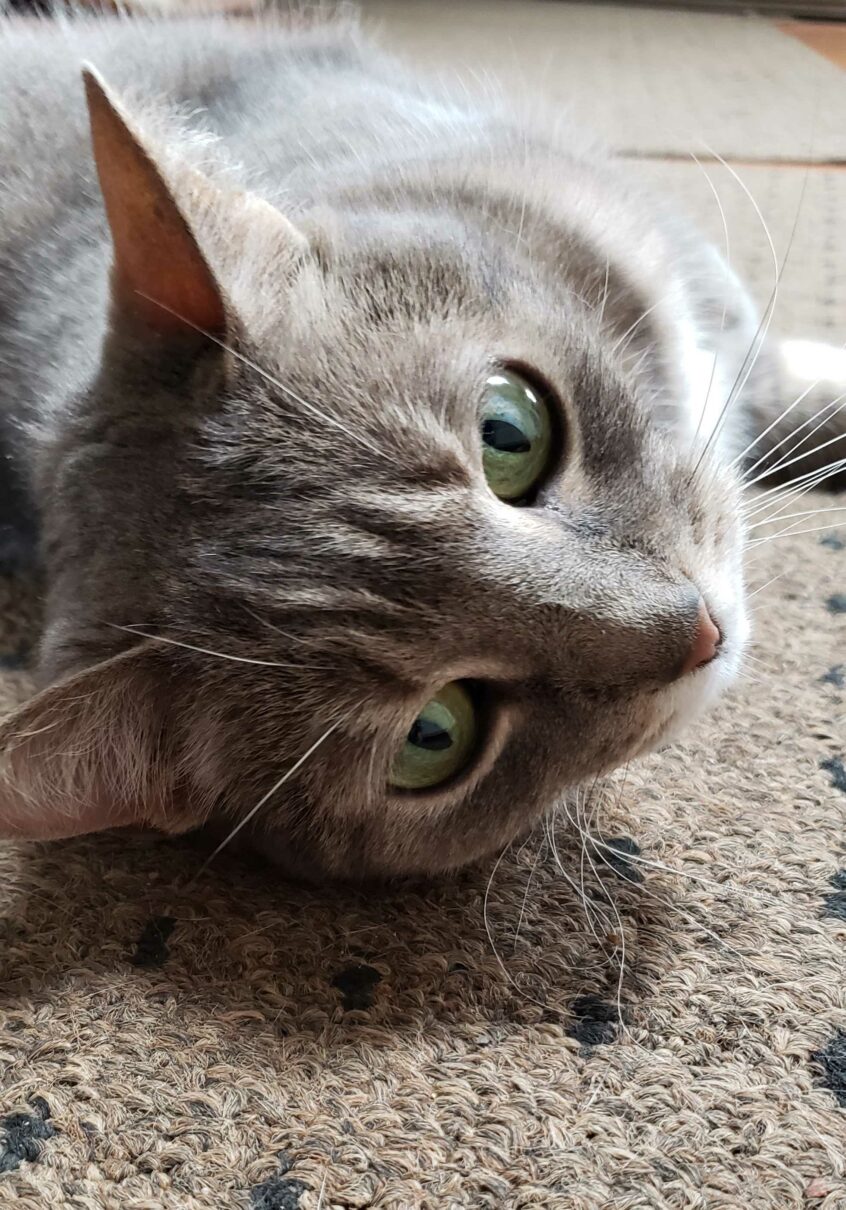 “Expectations destroy our peace of mind. They are future disappointments, planned out in advance.”
~Elizabeth George

Do you expect too much of others and yourself?

Maybe better put, do you even know what you expect of others?

Recently I was given the chance to notice something in a blind spot. I was working with a new subcontractor, and she was doing a great job of asking questions as I was delegating. Then with one project, I noticed that things weren’t quite turning out the way I had thought they would.

Scratch that whole story line.
I don’t even know where I am going with that story.  But wait, maybe the answer is right in front of me, and I almost missed it.

Right now, the cat is sitting right behind my computer screen while I sit in bed typing this.  She is chewing on her toenails. Pulling on her paw as it jerks away from her. It is really disruptive to my train of thought having this small creature tugging on her paws.

Talk about a perfect example of not meeting expectations. Our cat is trained to have her toenails trimmed every Saturday. We make it a fun event and she looks forward to it. Last week I was sick, and her nails didn’t get trimmed and my husband was ill the week before, so she is now almost three weeks behind on her kitty pedicure. Talk about managing expectations, she can’t talk. So, she is sitting on me, as close to me as she can, pulling on her toenails in hope that I will be smart enough to figure this out.

I’m back, I just went and gave her the pedi and the spa treatment with a full brush down.  Some of the nails were out of control.

Thank you Pele for giving me the perfect example of managing and knowing our own expectations. She expects to have her nails done weekly and when that doesn’t happen she has to do her best to take care of it herself, so that her claws don’t catch on things.  This takes a lot of effort and time on her part and she knows it is a lot easier if we just take care of it. Even an animal is able to let you know when you are not reaching expectations.

The same is true of humans. We aren’t very good at hiding our feelings and emotions when someone isn’t meeting our expectations.  Like an employee, family member or significant other. They don’t want to let us down and they would like to feel like they are doing the task right or well.

How often are you not clear about your own expectations of others?

How often are your expectations of others and yourself not realistic?

I will give you a hint, if you are feeling disappointed with the outcome of something, more than likely it is one of three things.

And here is the little secret, all of these have to do with you and your ability to figure that out and adjust.  Don’t take it out on them, don’t shame, blame and guilt them for not being perfect.

Take a moment to get your crap together and see what might be in your blind spot.