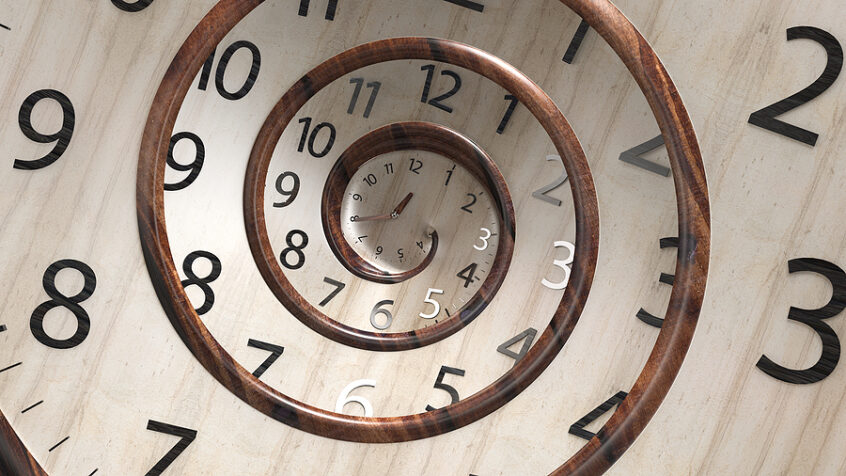 I had a client who came to me for business help.  He owned and ran a company of about twenty people and he was running into his neurology.  Since he was so smart, he had worked around most of his labels, except he didn’t know what his labels were.  He just knew that a good friend told him he had to come talk with me.  I love a good challenge.  We started with what was the most broken.  This team was never hitting deadlines.  Ok, are your deadlines realistic? I sat in three meetings with him and his team and said “NO” your deadlines are not realistic.  That was when it was time to explore and learn more.  He came back at me with, “What do you mean?  That seems logical to me.”  Well, in his brain and with his neurology it did make sense.  He had told them what he needed and when he needed it. What he didn’t have any grasp on was what it was going to take to make that happen.  That time piece was missing. So his timelines were totally off and not realistic.  People liked him so much that they didn’t want to let him down, so they told him what he wanted to hear and then didn’t get things done on time.

On top of all of this, the owner was brilliant and came up with a ton of new and innovative ideas for his industry.  He is literally changing the world, but his team is not big enough to keep up with him.  So they are not just trying to stay on task with one initiative, it was between five to ten each and no one had any idea of the timeline for anything.  HOT MESS anyone?

We embraced his neurology by identifying when he expected other people to think like he thinks.  So understanding his type of ADHD and his style of processing really helped him to understand that this was his way and that other people had their way. Next he explode time blindness and how he had not trained himself as a business owner how to break things down into parts and how to not take on more than he could handle.

It took months of exploring and communicating with his team and helping his team create a system for them to become the well oiled machine they are growing to be today.  He has been able to double his business capacity and increase revenue in multiple areas. He now knows what his gifts are and what his weaknesses are and how to delegate with realistic timelines.

There is a huge value in improving communication with your team.  The outcome is far more valuable than just revenue.  It is quality of life, longevity with your company and deviation to your mission, vision and leadership.  This is a small investment with huge rewards.

What should you be investing your time and money in?

Could things be a whole lot easier with just a few conversations?