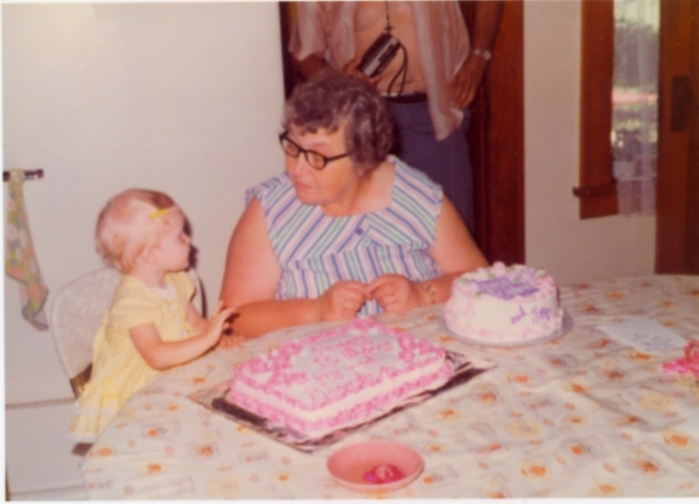 What’s in a name?  Well, in my case a whole lot of stuff.  I’ll explain.  I have been told that I was supposed to be a boy, all the first borns on both of my parents families have been  boys, so my parents were going with the statistics and had my name picked out as Josh, they felt so confident in the stats, that they didn’t even  plan for a girls name. Josh Gene Schumer to be exact.

The Gene in my name is after my mom’s brother Gene who was killed in a car accident a couple of years before my birth.  On August 22nd 197?  My parents were informed, moments after my birth, that they had a little girl.  My father has admitted that he didn’t believe them when they said it and he asked again.  So, there my parents were, with their first child and no name, because she was supposed to be a boy.  With a little creative thinking they picked Joy for my first name and added an “a” to Gene to get Genea.  Are you still with me?  But then at the last minute they realized that I had been born on my dad’s mothers birthday and that was very special and significant.  They didn’t want me to have two middle names, so this is when they got really creative, and they pushed the Genea into Joy and added Cecilia (which is the way my grandma spelled her name, but when she passed and we found her birth certificate it was not the way it was spelled on there.  My dad figures she didn’t like that spelling, so she made it the way she wanted it.) In the end I was named JoyGenea Cecilia Schumer.  As a child JoyGenea was not something that teachers wanted to deal with, so I became Joy through the school years, but as I became an adult I enjoyed the fact that my name has so much  meaning to it.

My brother is expecting his first child in March.  This is a huge deal for my family and we are all celebrating in anticipation of this new member.  I was trying to think of something I could do to be a part of the growing months and decided to read kids books that the baby can listen to with belly speakers.  I am having great fun with that projects, so I wanted to add  my mom to all the fun.  She used to play guitar and when she moved to Hawaii I kept it for her and all the music.  So I begged my mom to try and play “Puff the Magic Dragon” for the new baby.  As we looked for the sheet music

I came across a typed  up page of lyrics and at the top of the sheet it said “typed by Gene Pease”  and I stopped.  It was the closest I had ever come to something from the person who’s name I carry with me every day.  In that moment I realized what an honor it was to have his name be part of mine.  It was my mothers way of keeping him a part of her life.  She is reminded of him every time she talks to me, hears my name, writes my name.  In all these years I have never heard anyone really talk about Gene, what he was like, what his goals were.  I realized that if I was going to be named after someone, I would like to know a whole lot more about him.  I asked my mom why she never mentioned him much or told me much about him, she just said that back then, you didn’t talk about the dead once they were gone.  She was right, times have changed and people have learned to deal with death differently.  So, this holiday season, when my mom’s family gets together, I am making it a goal to learn more about Gene.  It is so easy at Christmas time to loose sight of what really matters and get focused on stuff.  Stuff is good, but memories are even better. Take lots of photo and videos of the things you really love.  It’s the love in those moments that you can’t capture with stuff.  One year I video taped my mother-in-law in the kitchen cooking on Thanksgiving, she was giving us all orders, moving like lightening and glowing with pride and love.  I saw that video recently and just loved to be in that moment again now that she has been gone for almost two years.  Best gift we never needed to buy.  Keep the Holidays simple, show up, engage in conversations and love each other.  That’s my plan.
What’s in a name?  For me a whole lot of love.  Thanks mom and dad.