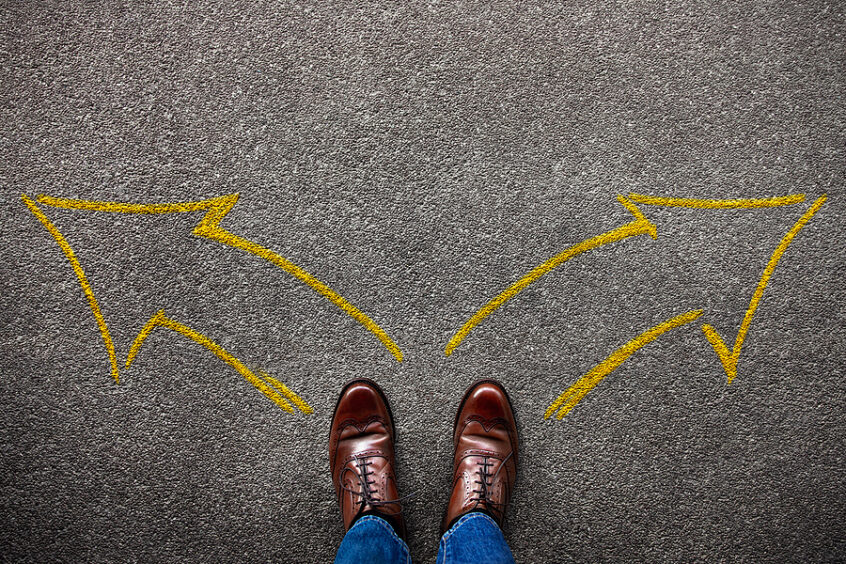 “Happiness is a direction, not a place.”- Sydney J. Harris

Have you heard of Left-Right Disorder?

Left-right confusion (disorder) is when a person has trouble telling left from right. Scientists have concluded that it is neurologically based, they are still working to locate the exact location of the brain and why it happens. It is actually quite common in everyday life, for some people.  It becomes present whenever a task requires someone to differentiate between the two sides.  If you add in time pressure, such as when giving someone directions to turn left or right while sitting in the passenger seat of a fast-moving car, you will really see it.

A few things scientists and researchers have learned since they started studying this in the early 1970s is that upwards of a third of the population relates to struggling with a degree of this from time to time.  While left and right are an issue, for those same people up and down, top and bottom, backward and forward is not a problem to quickly discern.    Left and right changes depending on our vantage point and that is what makes it more challenging on the brain.  Just like all of the other neurological differences, this comes in varying degrees.  Each person is different. There is no cure and no prescription, and no major workaround training.

Here is what scientists have connected so far.

Patient studies have shown that in particular, the angular gyrus in the parietal lobe of the brain is highly important for discriminating between left and right. When there is damage in this part of the brain it can lead to the so-called Gerstmann Syndrome (Gold et al., 1995), a rare neurological condition in which patients show four key syndromes:

The angular gyrus area does a lot. Studies have shown that it is involved in language-related processes, like semantic processing and word reading, but also in memory and spatial cognition.  It seems to work like a central hub that integrates these different processes to guide our actions. Differentiating left and right requires verbal processes (the words left and right need to be applied to the environment), memory (you have to remember which is left, and which is right), and spatial processing (you have to process whether objects around you are on the left or the right side). If the integration of these different processes fails, left-right confusion can appear.

It is not uncommon for someone with dyslexia to also have left-right confusion.  In doing my research for this article I found that some people refer to it as directional dyslexia.  I was not able to find science to back up that term, at this time.  What I did notice is that when people were communicating about dyslexia, dyscalculia, dysgraphia, and nonverbal learning disabilities (which affect physical coordination, social interaction, and executive functioning) and talking about left-right confusion, they used the term directional dyslexia.  Because people can experience left-right disorder and not have dyslexia or the other conditions mentioned above, I am going to keep them differentiated here.

Dyslexia is a neurological difference and the parts of the brain that are different are the same areas that are different with left-right confusion. That is why it is not uncommon for the two to be linked and if you were to notice someone really struggling with translating their left from right it would be a hint to look into other neurological differences that can be in the same areas of the brain.

I would also like to note that in the early years of diagnosis of dyslexia left-right confusion was considered a sign of dyslexia. When I coach adults with dyslexia, they often refer to it as a sign and I enjoy educating them that science has since pulled that out as its own diagnosis, so now they can add a new label to their list (a little humor here.)

A few stories from the left-right gifted

My husband would tell you it is the funniest thing to drive with the two of us in a large city.  We have GPS going, but at times the roads are changing too fast, and it requires my personal assistance.  He knows to never listen to what I say for directions and to just follow my hands.  I wave them around in the direction we need to go.  We also laugh about my two new directional terms. Left-Right and Right-Left.

Imagine this, before GPS, you had to use a map to get somewhere.  Imagine being in a car with four adults with left-right disorder trying to read a map and get somewhere.  It happened from time to time with my family and we would laugh so hard because we all have different degrees of it and if the wrong person had the map we were lost for a long time.

One of my friends was going in to have her appendix removed and she is used to being around me and knew that for people in the medical field to have left-right confusion it can cost people their lives, so she used a sharpie to make the spot before she even went to the hospital.  She said her doctor thought it was pretty funny.

Had it not been for left-right disorder or in my case directional dyslexia I would not have been diagnosed at age five as being dyslexic.  I could not follow the directions to tie my shoes.

Make two bunny ears, then put the left over the right, then put the loop through.  My teacher noticed I just couldn’t do it easily and I ran around tripping over my shoelaces a lot.

Now that you know more about it, you can do a few things differently, here are some ideas.

Now that you know more you can take better care of yourself or be a better advocate for someone you love in your life.

And my final thoughts to those of us that are lucky enough to have this. As Brene Brown likes to say, “Embrace the Suck.” This just sucks and the sooner you embrace it and are comfortable to let others use their strength to work with you the happier you will be.  Don’t try to pretend that you don’t have this. Trust me when I tell you that you are only kidding yourself.  If the people around you can’t be supportive of this minor issue and need to bully, harass and belittle you, it is time to go out and get yourself some new friends. You are beautiful and amazing and you not being able to give directions well is not that big of a deal.